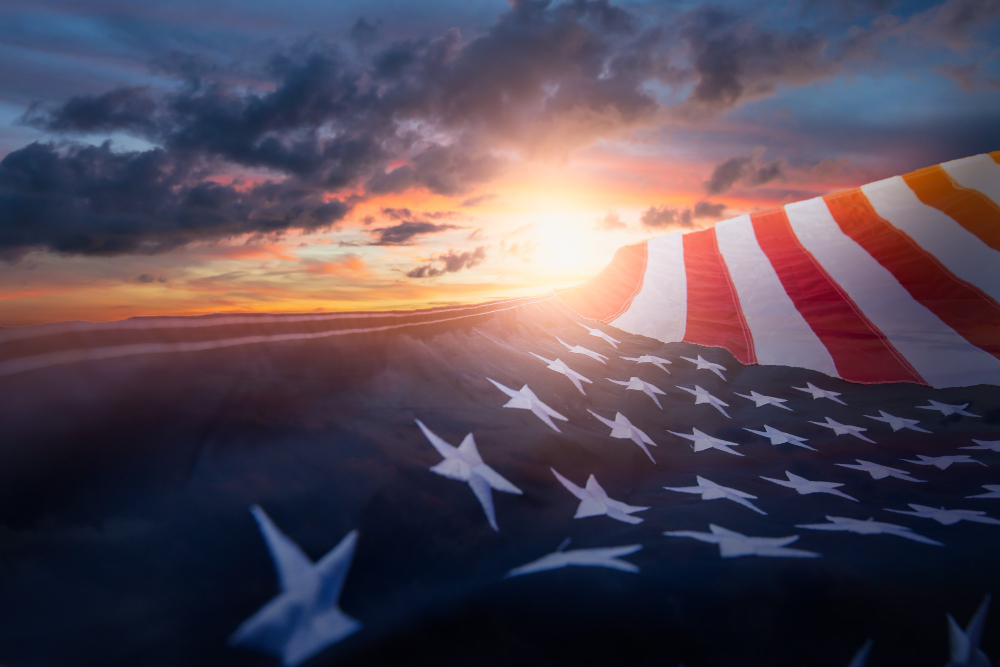 The Timeline of the Fourth of July

Don’t we all love the 4th of July? The cookouts, the parties, the fireworks. It’s always a happy moment! But why are we celebrating it? Of course, everyone knows the reason. America gained its independence. However, I think there’s a little more to that. We all learned about the Revolutionary War in school, but we didn’t learn about how the 4th of July became a bigger holiday over the years.  Let’s begin!

The Revolutionary War, aka the American Revolution, was a war that lasted from 1775 to 1783. The population was half and half. The first half was European immigrants that lived in the 13 colonies. The second half was people who were born in the colonies. People were living “okay” in a place that was under British rule. If everything was going fine, then what started the war? On April 19th, 1775, local militiamen conflicted with British troopers in the Battles of Lexington and Concord in Massachusetts, denoting the “shot heard round the world” that showed the beginning of the Revolutionary War. The rebels (colonists) were wanting an entire war so they could receive their independence. Many troops were fighting. Their general, George Washington, had an impact during the war. On July 4th, 1776, the United States was born! The war wasn’t over yet, but something did happen two years after the signing. France went into the war on the side of the colonists in 1778, which changed a civil war into international warfare! The French were assisting the colonists throughout the war. On October 19th, 1781, the British army surrendered at Yorktown, Virginia. The colonists won their independence and were ready to form their country. Although, the fighting didn’t end until 1783. That is the origin of the 4th of July holiday. The first time it was celebrated was in 1777, in Philadelphia. General Washington, now president, had a speech where the Declaration of Independence was signed. It became a celebration every year. It wasn’t a national holiday yet which we will discuss in this timeline.

The 4th of July celebrations didn’t become a national holiday until 1870. Years back, something coincidental happened. The person who drafted the Declaration of Independence, Thomas Jefferson, died on July 4th, 1826. Anyways, different presidents celebrated it over the years. It wasn’t celebrated in all the states yet since they were trying to conquer the land. For example, Texas was dealing with a lot of action in the 1850s with the Alamo and fighting Mexico. The thing was they kept leaving and joining the United States. Every time they left, they tried making their own country. Every time they joined, they needed to rethink the plan. After many years, they finally realized them being in their own country wasn’t going to work out. The United States was dealing with some border problems with Canada in the Northwest. Years later, they were dealing with the Civil War, where the country separated into two sides. They were dealing with slavery and building railroads. That is why it took them almost one hundred years to make the 4th of July a national holiday. Then in January of 1959, Alaska became a U.S state. Then months later, so did Hawaii. The 50 states were finally put together.

The 4th of July holiday never stopped being celebrated. It is still celebrated to this day, and it is coming up in a couple of days! Enjoy the firework shows, the cookouts, and the time with the family. The United States is one of the youngest countries in the world. It is turning 246 years old this year while other countries like China and Italy are thousands of years old but it is one of the best democracies today, and it is no coincidence that is known as the land of the free.